The first traces of hemp were found way back in 8000 BCE in Asian regions that are now modern day China and Taiwan. The oldest remnants discovered to date are hemp cords used in pottery and records that show that hemp seed and oil were used as food in China. When you consider that human agriculture started about 10,000 years ago, you can assume that hemp was one of the first agricultural crops.

Throughout history, hemp continued to spread across civilizations. Evidence of hemp material have been found in Asia, Europe, Africa, and later in South America. Several religious documents ranging from Hinduism to ancient Persian religions also mention hemp as a “Sacred Grass” or “King of Seeds”. Throughout generations, hemp was a key ingredient in everyday life, as it was used to daily essentials such as clothes, shoes, sails of ships, ropes, lap oil and paper. 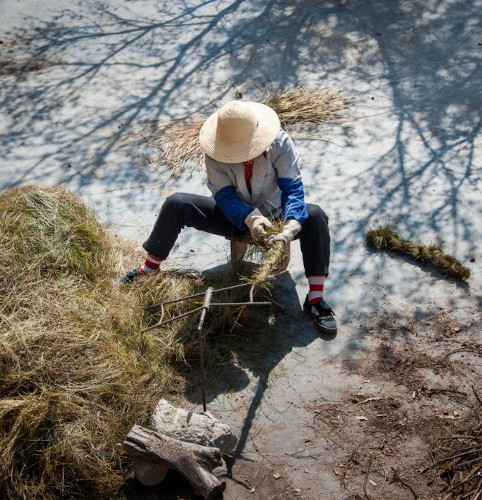 Hemp has over four hundred different uses and chemical compounds that are safe for human consumption. The two most notable compounds found within cannabis is THC and CBD. THC, short for tetrahydrocannabinol, is the ingredient in cannabis that causes the euphoric high the plant is known for. The second compound primarily responsible for the therapeutic benefits of cannabis is called CBD or cannabidiol. Cannabinol is also found in abundance in the hemp plant. CBD derived from hemp or Cannabis both produce the same therapeutic results.

Hemp has been a medical remedy for mankind for thousands of years. The cultivation of hemp began more than 10,000 years ago in the region that is modern day Taiwan. By 6,000 B.C., evidence shows the hemp plant was cultivated in modern day China.

Society has been using Hemp for a long time, to say the least. The discovery of the medicinal qualities of the hemp plant is not recent. The first recorded history of using hemp as a medicine is found in the “Pen Ts’ao Ching”, in which the Chinese used hemp to make tea.

The ancient Chinese hemp teas was used to help rid people of aches, pains, and fevers. Topical hemp cream was made by the Chinese emperor, Shen-Nung who used the ointments for rashes and skin irritation. 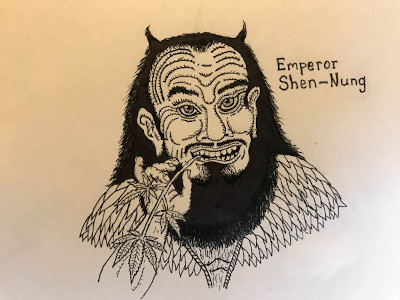 “By 1776 hemp was cultivated in Kentucky, the where Bourbon Belt Hemp is grown today.”

By 1500 AC, King Henry VIII fined his constituents if they did not grow hemp, showing again just how valuable the crop was. Hemp was a primary source of clothing material for Europeans prior to the development of cotton.

Settlers in North America brought hemp seeds with them and began cultivating the crop in Jamestown around 1616. By 1776 hemp was cultivated in Kentucky, the where Bourbon Belt Hemp is grown today. Kentucky was the greatest producer of hemp in the United States during the 19th and 20th centuries, when it was the source of three fourths of U.S. hemp fiber. Production started to decline after World War I due to the rise of tobacco as the cash crop in Kentucky and the foreign competition of hemp fibers and finished products. 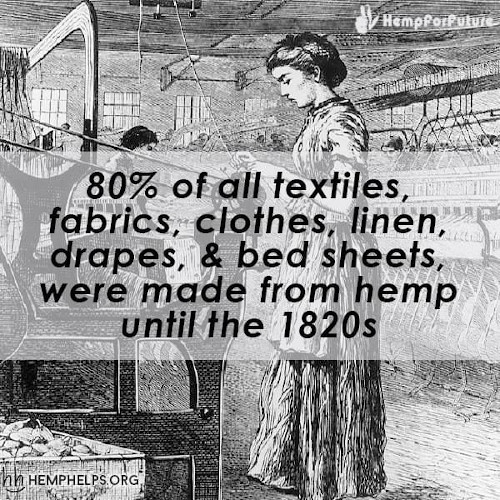 It appeared as though the cannabis plant was fulfilling the needs of Americans, both industrially and medically. While the use of industrial hemp was thriving in the United States in the late 1800’s,

Congress, in 1937, passed the Marijuana Tax Act that federally outlawed the use and non- industrial cultivation of the cannabis plant in America, including hemp. After thousands of years of positive use, American propaganda successfully scared society into demonizing a plant.

It was only until 2014, President Obama signed the U.S. Farm Bill into law. The law allows for the cultivation of hemp in states that have already enacted pro-hemp legislation. After almost 80 years, Hemp was allowed to be freely trade in the market place.

Only now are we as an American society rediscovering the positive medicinal effects of hemp and cannabis. We now know through scientific testing, CBD is the main active chemical responsible for the wealth of medicinal benefits. 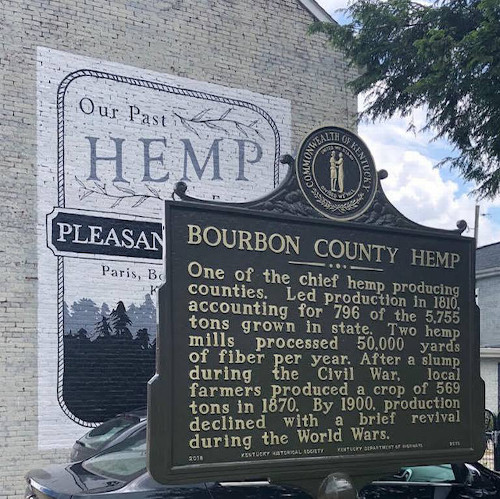 The mid-21st century will bring a renewed hope in hemp therapeutic’s, an all natural alternative to synthetically made pharmaceuticals. The hope is American society will learn what our ancestors have known for thousands of years; Hemp is an all natural medicine capable of incredible life changing results

Thanks for taking time to read a little about Hemps history. 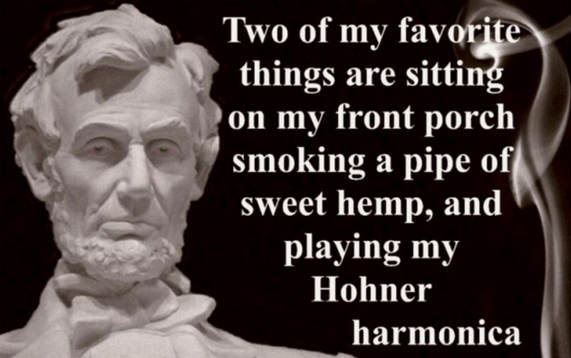